Thriver Spotlight: Meet Our Bud Jenna of Twist Out Cancer 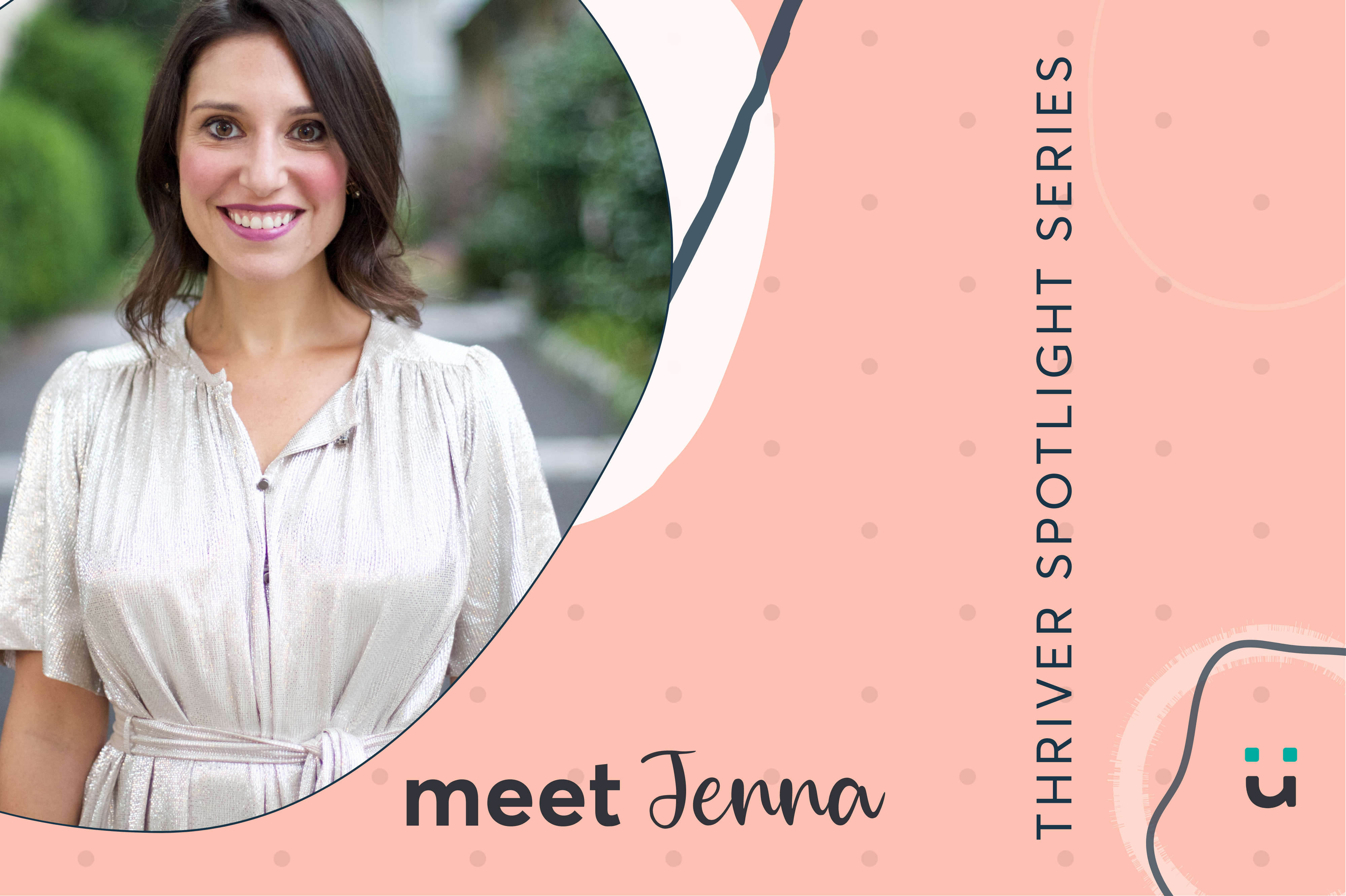 “I believe that when you share, the world opens up.” This philosophy is what cancer thriver and founder of Twist Out Cancer, Jenna Benn Shersher, believes to her core.

Jenna is a master connector, facilitator of creative healing, and a loving mother. We went live on Instagram with Jenna in February as part of our Thriver Thursday series — check out the convo here!

Jenna was diagnosed at 29 with a rare blood disorder, gray zone lymphoma, after experiencing a year of unexplained ailments, weight loss, flu-like symptoms, and issues with nerve pain that made it difficult to breathe.

Top doctors at Northwestern in Chicago treated Jenna, and they initially thought her cancer was Hodgkin's Lymphoma. During the month of waiting for test results, she pursued fertility treatments that she didn’t realize would lead to an accurate diagnosis — and save her life.

The (bonus) problem with rare cancers? There’s a complete lack of information. “There was a Wikipedia page with one sentence that said, ‘this disorder has features of Hodgkin’s and non-Hodgkin's lymphoma,” Jenna recalls. “There were less than 200 people worldwide that had been diagnosed with this disease.”

Jenna was desperate to connect with someone else dealing with this diagnosis. She and a handful of people started a Facebook group that is now up to 450 thrivers of the disease and their caregivers. But her community-building didn’t stop there.

Through writing about her journey in a blog, Jenna said, “I ended up creating the community that I was so desperately seeking.” She also published a dance video of her doing the twist onto YouTube and Facebook, asking those who watched to join her on the dance floor. There were thousands of people “twisting out cancer” in a matter of days.

Healing with a Twist

Jenna’s silly video launched the concept for Twist Out Cancer, a non-profit organization that provides psychosocial support to previvors, survivors, and caregivers through creative arts programming.

“It’s really about empowering people to be vulnerable and to be open and outward with their story — not to retreat and feel that sense of shame and quiet, but rather to own it with others, and so what we do is we utilize the creative arts as a mechanism for healing.”

Twist Out Cancer has grown into a nationwide healing resource, most notably with Twistshops with certified art therapists or other expressive therapies.

Twist Out Cancer also facilitates its Brushes with Cancer program, which strategically matches artists with cancer thrivers to reflect on and share their experience. The program has reached over 46,000 individuals since 2011 (including our own founder, Kathleen Brown).

See Kathleen’s Brushes with Cancer artwork and story on Instagram and in this moving video!

Fun Facts: Though a trailblazing creative, Jenna wishes she had the guts to sing publicly. She can be painfully shy and also incredibly outgoing. She takes daily baths and guiltlessly watches trashy TV. She also enjoys spending time with family, especially outside.

Wellness Rituals: Jenna moves her body through exercise at least four times a week, because the mind-body connection is a real thing!