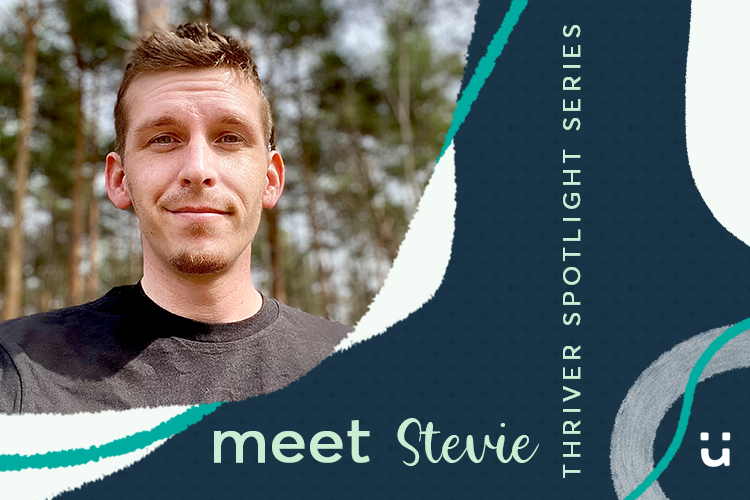 Stevie is an artist and cancer thriver who believes positivity + dark humor = the perfect brew. A big lover and relentless fighter, he went from terminal stage 4 colorectal cancer to cancer-free in just 10 months after a diagnosis in his mid-20s. This is his story.

ICYMI: we went live on Instagram with Stevie in September as part of our Thriver Thursday series — check out the convo here!

“‘Terminal’ is just a word. I frequently tell myself I’m not done here and have a lot to accomplish.”

Stevie’s cancer experience started when he went in to get checked for stomach pain and fever. He said the results of the seemingly mundane checkup were surprising (and conveniently rhymed): “I came out with a mass in my ass.”

After four different hospitals and a few misses on his chemo treatments, Stevie knew something was off and sought a second opinion. He then landed at a cancer clinic that was not only closer to his home, but put him onto a faster treatment track. Get that second opinion!

Everyone approaches treatment differently, and Stevie wanted to make the most of his “terminal” diagnosis. An avid bike rider, Stevie would go on up to 25-mile rides while on chemo. But during a routine scan, doctors discovered he had blood clots all over his lungs. Stevie doesn’t regret the rides – all of the exercise led to his freaky-fast second surgery recovery.

“Cancer is really ugly, but there’s also an awakening and positive energy that comes from it.”

He was walking two days after surgery, and was able to go on a Vermont ski trip two months later. He said cancer helped him truly embrace the “YOLO” mindset: “If there’s something you want to do, just do it.”

Stevie also coped with being in the treatment trenches by lots of abstract painting to get out of his head. He picked up new hobbies and continued his artistic work for his employer, Rotunda Brewing Company.

Ironically enough, Stevie’s focus in his art for the last 4-5 years (aka pre-diagnosis) was death and depictions of the Grim Reaper. The brewing company gives him artistic freedom for their labels, so the images were incorporated into their beers. Aren’t they totally bad-ass?! 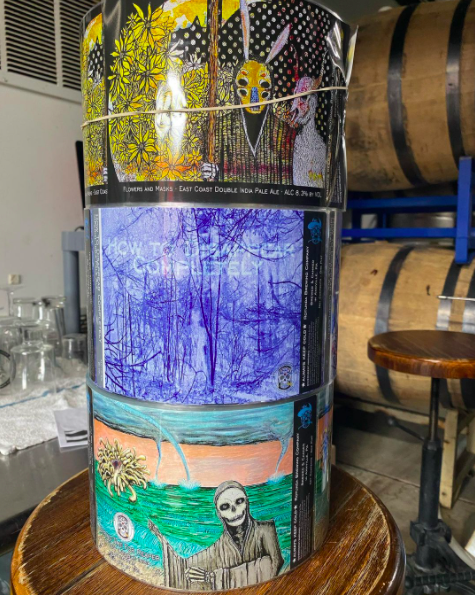 Healing as a Mind Game

How is someone so fascinated with the imagery of death and dark arts as chipper and motivated to live as Stevie was? One reason is that getting better was low-key a competition for him.

Last year, Stevie met a guy his age with an identical diagnosis (same surgeries and all). This man was a survivor after 13 months of treatment. Stevie said knowing this fast recovery was possible gave him hope: “It made me feel like I had a competitor, and I had to beat his recovery time.”

Stevie was determined to go from a 0% chance of living to cancer-free status in 10 months.

We’re happy to report that he accomplished his cancer-free goal on the nose this Fall (while sporting some buddhi swag 👀 )! 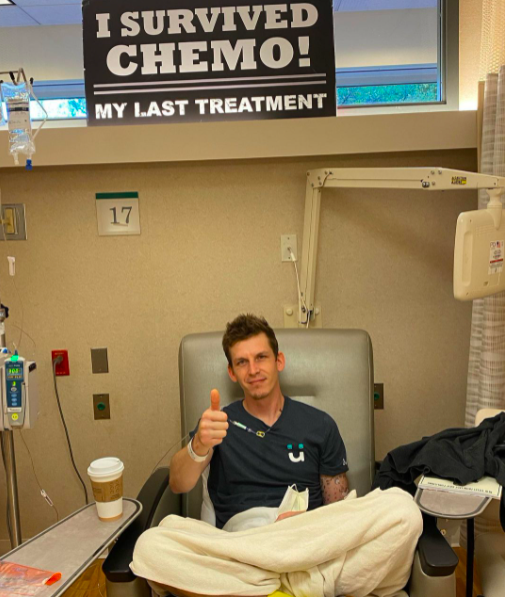 Cheers to you, Stevie! 🍻

Stevie has felt overwhelmed by the amount of support from his community this past year, including a fundraiser hosted by Rotunda Brewing Company. Stevie’s mom has been a rock during his entire treatment and recovery, too.

The buddhi community and new Instagram friends helped Stevie know he wasn’t alone in his experience. “Meeting the right person at the right time can push you,” said Stevie.

We’re so honored to know you, Stevie. Congrats on your clean scans and completing treatment!